Apple is considering the possibility of producing devices that have a screen with adjustable reflections, which can potentially switch between displaying information to the user and acting as a mirror. 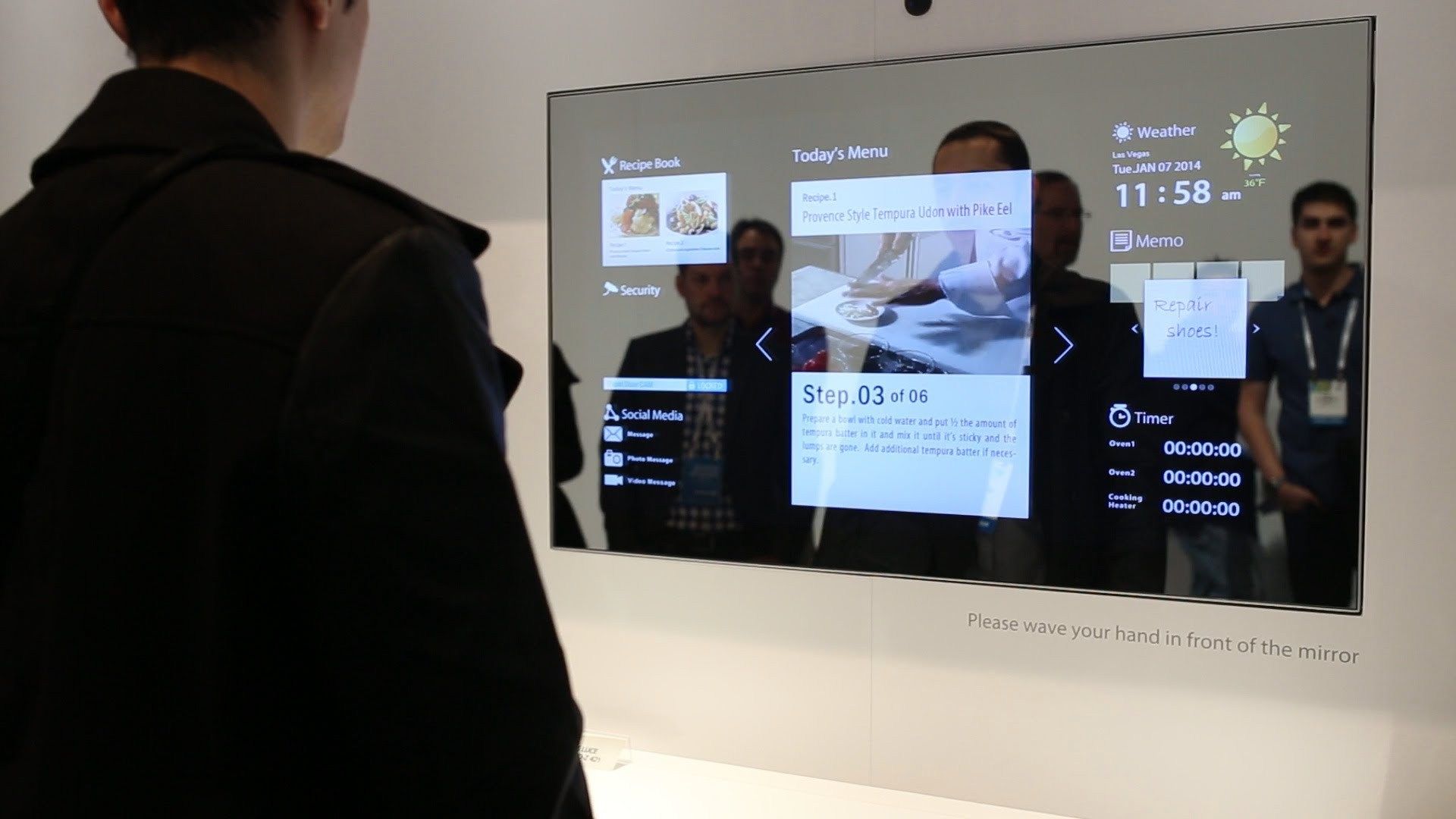 Some elements of the filing also explain how the user will interact with such displays, including head-tracking, gain-tracking, facial recognition, and the use of hand gestures, the use of a built-in camera and other sensors.

For example, by tracking a user's gaze, it can detect that the user is watching a notification icon for a specified time, which can then trigger other content to be displayed on-screen.

Controllable Reflection has relatively few applications in Apple's current product line, but it may be useful for aesthetic reasons. For example, an iPhone display can be made like a mirror, when not in use, but appears as a black screen.

Outside of Apple's current ecosystem, it can be used to produce smart mirror systems, a product category that is yet to actually take off, along with various concepts created by firms over the years Home-made versions too.